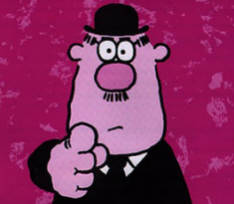 9.3 million National Insurance Payments were incorrectly matched with individuals between 2004 and 2009 and more than a million people received flawed tax demands just before Christmas......meanhuile HMRC staff received £13 Million bonuses in 2010. That is £800,000 more than they were paid the previous year while people may lose out on their pensions due to HMRC incompetence.

Response to a parliamentary question from my all party group on taxation revealed that around £1.3 Billion were not allocated to the right national insurance accounts. In 2004-05, some 1.8 Million P14s were not matched to correct NI accounts while it rose to on average 2 Million for the subsequent years falling to 1.5 Million in 2008-09. The information was provided by David Gauke, the Exchequer Secretary to the Treasury in a written response.

We simply do not know how serious this problem is – it could date back many years. HMRC have to act now to ensure that these records are matched up as soon as possible. HMRC’s advertising slogan now reads like a sick joke in the light of the latest revelations from the Revenue. In the past two years alone Six million people have received the wrong tax codes because of mistakes dating back just a couple of years. Two million were undercharged by £1500. Four million substantially overpaid. The muddle was muddied when the Permanent Secretary for Tax, Dave Hartnett, calmly announced that he could see “no reason to apologise”. Mr Hartnett’s arrogance suddenly became the story until someone delivered a well-aimed boot to his pinstriped posterior and forced Dave to say sorry.

All of which disguised the ghastly truth – that HMRC is in a terrible mess and nobody can be quite sure how terrible it is. The tax underpayments so far disclosed may be the tip of a Titanic iceberg and run into billions of pounds. The whole affair highlights human ineptitude, horrendously expensive computer failure and a blind resistance to change. Nothing illustrates this cocktail of cock-ups better than PAYE.

Pay as You Earn was introduced in the 1940’s and has failed to keep pace with the times. It was born before computers and worked well in the days when the Revenue had enough human beings to keep check on the sums. Life was simpler then. Taxpayers tended to stay in the same job. Employers filled in the forms and inspectors verified the figures. But the size of the Revenue workforce has been squeezed since then while the complexity of the whole taxation process has multiplied.

Sophisticated Information Technology seemed the only solution. But government - local and national - has proved notoriously accident-prone when it comes to buying computers. There’s a tendency to distrust their own expert staff and believe that the grass is greener on the other side of the mythical computer hill….usually in America.

In 1992 The Revenue’s own computer boffins came up with a way to make PAYE work. It meant updating the system, but the plan was to do it gradually over ten years. It would have cost very little. But the then Chief Executive of the Revenue service rejected the plan and called in (gawd ‘elp us) a big American computer consultant called EDS instead. EDS took one look at PAYE and said they couldn’t possibly update it within the agreed contract price (several hundred million pounds)EDS then set about wrecking the in-house system. When Tax Credits were introduced in 2003 the whole thing collapsed. Millions of pounds were wrongly paid out. But HMRC couldn’t get rid of EDS quite so easily. American firms much prefer 10 year contracts (remember Somerset County Council and IBM?)  In fact it took until 2009 to get EDS to pay back any of the money. By which time new long-term contracts had already been signed with new American suppliers at a cost in excess of £400 million.

The Public Service Union, PCS, says that 30,000 Revenue jobs have been axed since 2009 – partly to pay for the computers. Human error was probably responsible for the loss of two highly sensitive computer discs containing all the personal data for twenty five million child benefit claimants – that happened just three years ago. More recently a Treasury select committee report found that HMRC contact centres answered only 57 per cent of calls to their helplines in 2008-09, while complaints, particularly about rudeness, escalated – in other words more human error. I received a detailed e-mail from a highly qualified accountant who told me he had evidence of letters and tax documents being trashed by Revenue officials because they were not considered important enough. And the errors seem to go right to the top.

The National Audit Office recently investigated HMRC’s expensive investment in new computers. They queried the Revenue’s projected savings of 10 per cent in running costs by 2011 and total savings of £658 million throughout the life of the 10 year contract. They described them as “unrealistic” and “volatile” estimates – a fair point given that HMRC spends nearly two thirds of its total expenditure on IT! All this leaves a big hole in the public purse and a real sense of déjà vu. This is the kind of dotty deal that was signed in Somerset with IBM to create South West One – a joint venture that has so far yielded no real financial benefits and huge admin problems. Don’t say we didn’t warn them.