THE TRUTH ABOUT IBM 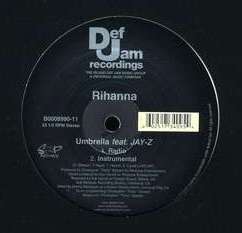 July 2007 - Rihanna was top of the charts, the Liberal Democrats held political power in Somerset County Council and did pretty well everything they were told by the then Chief Executive, Alan Jones. 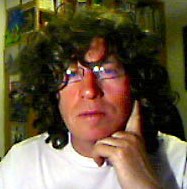 Mr Jones ( yes, it really is him ) had grand ambitions. But, like the hair, most of them were false. He wanted to be remembered as the man who took Somerset County Council "beyond excellence". He could have argued the case for handing over many efficient internal services to an outside agency - many councils had already done just that. But Jones wanted more. He sought a deal with a big company in which Somerset would not be the customer but a partner. It had never been achieved in local government. And the next five years would prove why. South West One was created, like Frankenstein's monster, from a hastily cobbled deal with IBM. It has been a dismal expensive flop ever since. But only now are we beginning to learn how it happened.

The company has recorded chronic losses in every year of trading and has failed to do what its creators promised - namely save any significant public money. Instead it squandered cash on a computer system that still isn't working properly and continues to overcharge Somerset County Council and other "partners" for so-called services.The headline that best encapsulates the disaster of South West One was coined by the Somerset County Gazette:

So how did IBM "win" its contract?

For years we have only been able to guess. Now, because of the courageous and determined campaigning of one former SCC employee, we are edging closer to the truth - and it is ugly.

Somerset County Council, like all local authorities, is obliged to use competetive tendering before contracts are awarded.

Somerset Council has now caved in to FoI requests and published the bids:

BT came in almost £34 million cheaper than IBM on the standard bid - and very nearly £6 million cheaper on the "variant" bid - the projected cost of the grandiose extras the customer (Alan Jones) fancied. Capita's approach was to pitch ridiculously high, like a builder who doesn't really want the work at all. But the fascinating thing about this table of statistics is the IBM tactic. There is no difference whatsoever between their standard and variant bids. In other words IBM seemed to be prepared to keep the price the same whatever nutty bolt-on extras the customer wanted. Jones had asked for an "iconic" HQ for South West One, for example, to be built in Taunton. Needless to say IBM never provided it. They were promising the moon for the same price as an ordinary product.  Cunning stunt!

Why is all this relevent now?

With County Council elections less than a year away, a “war of words” has broken out between the Lib Dems (who signed the £30 million more expensive deal with IBM in 2007) and the current Conservative administration.

However the Leader of the Lib Dems is the same man who signed the deal with IBM in 2007- Cllr Sam Crabb.

Somerset's ex-Resources Director, Roger Kershaw, was given extraordinary powers to push the deal through.

And guess who helped Alan Jones dream up this nonsense? Sue Barnes, wife of the Chief Constable Colin Port (whose force joined South West One a few months later, and who continues to make absurd claims about the failed company's contribution to better policing)

Even Somerset County Council's Audit sub-committee (chaired at the time - I am ashamed to admit - by a fellow Conservative) failed to spot what a dubious deal was being signed. I believe the time has come for a thorough independent investigation. The Audit Commission never scratched the surface. The National Audit Office should be empowered to delve through these murky waters and ensure that such a mad, bad scheme is never allowed to happen again.