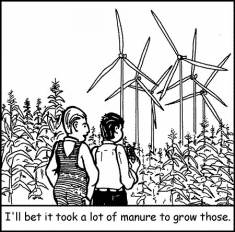 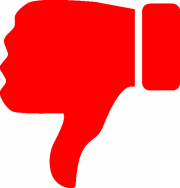 Common sense has prevailed for one proposed wind farm - at Puriton. Woolavington Parish Council said no. Sedgemoor Distict Council said no. And when Ecotricity, the "green energy" firm behind the scheme, appealed to the Government the Minister also said no. Which is a sane outcome for a bad idea and a victory for everyone involved in fighting it......including, dare I say it, me!

I make no secret of my opposition to wind farms planned in the wrong places. I signed an open letter to the Prime Minister recently. Wind energy may have a useful role conributing to our energy needs, but the subsidies currently on offer are, in my opinion, far too high. This has encouraged too many operators to cash in. There has to be sanity in the planning process. Local voices deserve to be heard. That's why I joined a hundred colleagues to send the PM this:

As Members of Parliament from across the political spectrum, we have grown more and more concerned about the Government’s policy of support for on-shore wind energy production.In these financially straightened times, we think it is unwise to make consumers pay, through taxpayer subsidy, for inefficient and intermittent energy production that typifies on-shore wind turbines.

In the on-going review of renewable energy subsidies, we ask the Government to dramatically cut the subsidy for on-shore wind and spread the savings made between other types of reliable renewable energy production and energy efficiency measures.

We also are worried that the new National Planning Policy Framework, in its current form, diminishes the chances of local people defeating unwanted on-shore wind farm proposals through the planning system. Thus we attach some subtle amendments to the existing wording that we believe will help rebalance the system.

Finally, recent planning appeals have approved wind farm developments with the inspectors citing renewable energy targets as being more important than planning considerations. Taken to its logical conclusion, this means that it is impossible to defeat applications through the planning system. We would urge you to ensure that planning inspectors know that the views of local people and long established planning requirements should always be taken into account.

There are websites waxing lyrical about windfarms and websites bemoaning them:

I have absolutely nothing against wind power provided we all realise the limitations. You can buy a mini turbine to stick on your own roof. David Cameron MP got one before he became PM. Have a care, though. They are costly and rarely deliver savings to your pocket or the planet. The latest estimates suggest that it would take more than one lifetime to save enough energy to cover the costs of buying one!